Before You Buy Infrared Sauna, Find Out About The History Of Infrared Light 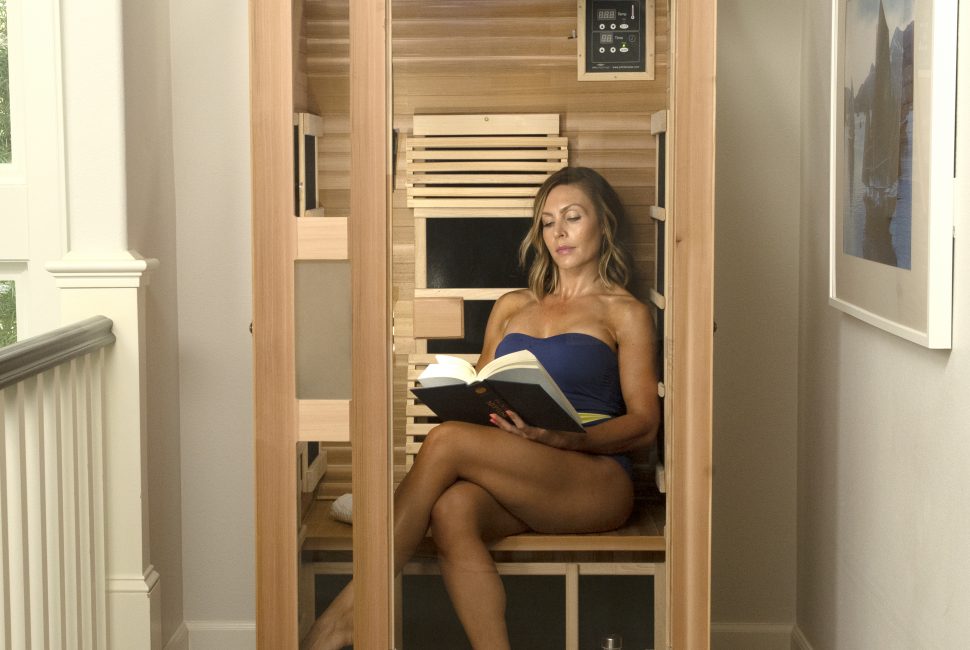 Most people who buy an infrared sauna are well aware of the health benefits they can take advantage of, but there are just a handful of people who know the history of infrared technology itself. This is a pity since the discovery of infrared light is a fascinating story. You don’t need to be a rocket scientist, but when you understand how infrared technology has gone from where it was first discovered to become what it is today, you might appreciate your infrared sauna even more.

Before infrared technology could be implemented in an infrared sauna, someone first had to know that it actually exists. Fortunately, German-born composer turned English astronomer Sir William Herschel (Sir William Herschel was Knighted in 1816) discovered infrared radiation. At the beginning of the 19th century, Sir William Herschel was living in Slough, England, working as the King’s Astronomer in a country that he had made his home since 1757. He discovered infrared radiation when he became concerned about climate change, which is shocking since some politicians today think climate change doesn’t even exist!

He began to worry about the climate when he noticed some stars had different levels of brightness. This indicated that the Sun could also change and Herschel started to look for any instability. Fun fact: Sir William Herschel is also credited with discovering the planet Uranus and coining the term ‘asteroid.’

How Did Sir William Herschel Observe The Sun?

Studying the sun isn’t child’s play because it is very dangerous. Even if you just look at the sun for a few seconds with the naked eye, you can cause permanent eye damage. Therefore, Herschel acted wisely and found some methods to reduce the light and the heat. He started to experience with colored glass and made an extraordinary discovery.

Although red glass prevented light from the sun to enter, too much heat seeped through. In spite of this, green glass reduced the heat but let through too much light. During this period it was believed that all the colors brought the same amounts of heat, so Herschel dug into it even more. He used a prism and a set of thermometers to measure the heat carried by each of the colors and realized that red light carried more heat than green, which consecutively carried more heat then blue. Hence the fact that when people buy infrared saunas today, they emit a red glow of light.

How Did Sir William Herschel Confirm His Theory?

Herschel had to be sure that what he discovered was actually scientific fact, so he laid a thermometer outside of the red light to make sure he wasn’t being taken for a ride by the increasing temperature of the surrounding space.

He examined that the temperature outside of the red light was even higher but a thermometer above the blue remained low. After this experiment, he concluded that invisible rays were coming from the Sun that transported large amounts of heat. He mentioned in his findings ‘invisible rays that occasion heat’, is what we referred to as infrared radiation, and in the year 1800, he published his discovery with the Royal Society of London.

Another interesting fact is that the word ‘infra’ red light means light that is below red on the spectrum. Infrared light usually has very long wavelengths, which is why you cannot see them.

Fun Fact: TV remote controls use infrared light to change the channels on your TV.

The Birth Of Infrared Saunas

As the 1800s progressed, more research was conducted on infrared light and scientists learned more about what it was and how it worked. Infrared light didn’t make a connection to saunas until many years later when Dr. John H. Kellogg, who is best known today for his breakfast corn flakes, invented a device that he called an “electric light bath.”

Dr. Kellogg originally developed his electric light bath for use in the Battle Creek Sanitarium (where he was the Director) and he first displayed a version of a cabinet-like contraption (with a hole at the top where the person’s head would stick out) at the 1893 World’s Fair in Chicago and it was sold all over the world. It was reported that German doctors used infrared technology to cure the King of England of gout, a result that led to the king demanding to have a light bath installed in Buckingham Palace.

Nowadays, when you buy an infrared sauna using near-infrared technology, you are basically purchasing a product that is very similar to Dr. Kellogg’s initial drawings. The light bulbs inside Kellogg’s cabinet produced incandescent light that is full of near-infrared rays that penetrate the skin and increase the body temperature, resulting in similar effects as a steam sauna without the humidity.

However, technology for far infrared saunas, which is a more advanced type of sauna, didn’t come until many years later. In the 1960s, NASA was doing some research into far infrared light for the space program, and they found out how to produce far-infrared rays.  Nevertheless, it was eventually a Japanese doctor (Dr. Tadashi Ishikawa) who was granted the first patent in 1965 for a ceramic far infrared heater, which he started to use for healing in the same way someone would use a near-infrared sauna or traditional steam sauna.

Dr. Ishikawa was a pioneer in using far-infrared heat in a sauna environment for the purpose of healing. For the next fourteen years, doctors in Japan were the only people using this technology. They called this therapy Waon (meaning “warming therapy”) to help people with chronic heart failure and other cardiovascular issues by decreasing blood pressure and vascular resistance and increasing blood volume (how much blood the heart pumps). These are just a few of the many health benefits of infrared saunas.  Then in 1979, infrared saunas were finally made available for public use. Ultimately, the technology came to the United States in the 1980s, and infrared saunas have continually been made more effective and more affordable since then.

For a couple of years, infrared saunas functioned by heating a ceramic object which emitted infrared light rays. However, cutting-edge technology has created far infrared saunas that work with carbon fiber panels rather than ceramic.

Utilizing carbon fiber not only makes heaters cheaper to produce, but it also lets heaters have a lower surface temperature along with an even longer infrared wavelength. This was a great enhancement for two crucial reasons:

Fortunately, William Herschel got the ball rolling when he discovered infrared radiation, because who can imagine their life without an infrared sauna that provides amazing health benefits such as lower blood pressure, sound sleep, reduction in joint pain, weight loss, and better skin? The answer: Nobody can!

So, now that you know the fascinating history of how infrared technology found its way into saunas, you might be wondering about how much a sauna costs. If you’re still reading this article, it’s pretty obvious that you want to buy an infrared sauna and frankly we don’t blame you. You might even be surprised that will all of the health benefits from infrared sauna use, you may actually be saving money by buying an infrared sauna!  What are you waiting for? Call JNH today at 800-528-3110!

How Sweating In The Sauna Improves Your Skin

If you want your skin to glow – sweat it …

Did you know? A home infrared sauna can be an …

Do Saunas Help You Lose Weight?

Many people want to know, do saunas help you lose …

Menstrual cramps happen before and after the actual menstruation cycle …

Hit enter to search or ESC to close