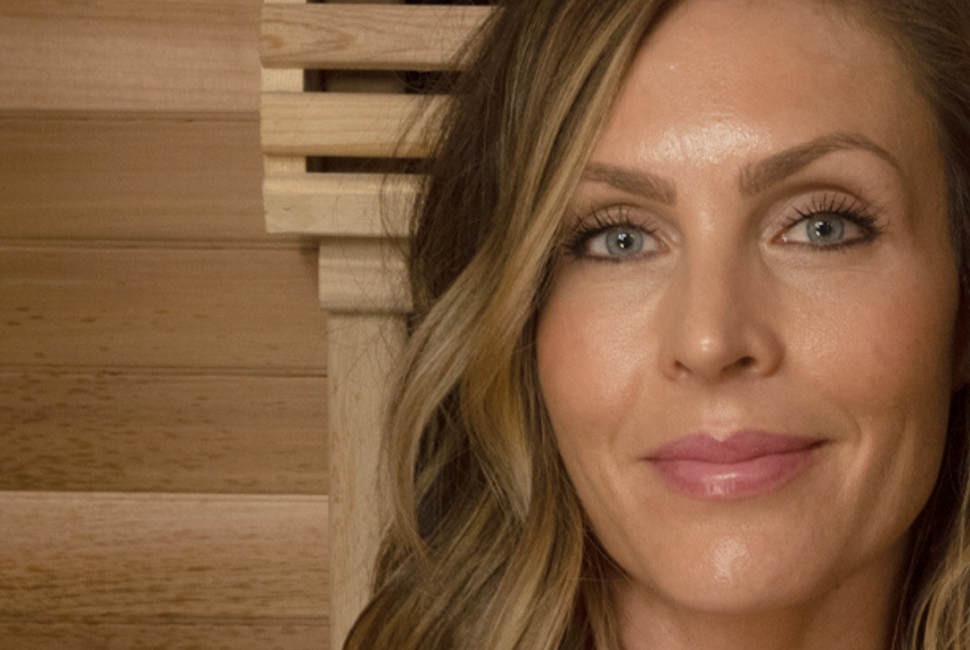 If you are suffering from aching muscles, migraines, and fever-like symptoms, you are probably in distress and despair. Unfortunately, those diagnosed with fibromyalgia and other chronic ailments, suffer from these symptoms which can be crippling since it hinders work performance, participation in social activities, and affects the person’s quality of life. However, using a full spectrum infrared sauna can holistically treat fibromyalgia.

Sadly, there is no cure for fibromyalgia, and sufferers usually deal with the debilitating pain with doctor recommended over the counter pain relievers, a good diet, and discovering methods to deal with the pain, depression, and fatigue. Fortunately, many people have had success using alternative treatments such as full spectrum infrared sauna.

Fibromyalgia affects over three million Americans every year and is a chronic condition that is generally misunderstood by others. This ailment is characterized by widespread pain with particular tender areas.

Comprehensive research implies that the most obvious symptom of fibromyalgia, chronic widespread pain, is neurogenic. This means it is caused, controlled by, and arises from the nervous system in origin. The pain appears to be a result of neurochemical imbalances in the central nervous system that force to a “central amplification of pain perception.

A “central amplification” is characterized by an intense sensitivity to stimuli that is not usually painful. Also, it is distinguished by an enhanced response to painful stimuli. In a nutshell, Fibromyalgia is like having the “volume settings” of pain in the body set way too high.

These are the most common symptoms of Fibromyalgia:

How Regular Sauna Use Can Reduce Systemic Inflammation

There is a lot of scientific interest regarding the many health benefits of infrared saunas. Now, researchers are finding out that regular sauna bathing is an effective, natural alternative treatment for relieving fibromyalgia symptoms.

There is a constant flow of evidence based articles and infrared sauna reviews that are being published in peer reviewed academic journals detailing the results of studies concerning fibromyalgia treatment and the use of infrared saunas.

For instance, a study that came out in the European Journal of Epidemiology that involved 2000 male participants between the ages of 42 and 60 to examine whether sauna bathing lowers levels of C-reactive protein in the bloodstream.

Blood tests revealed raised levels of C-reactive protein in your blood signifies across the board inflammation, which is most commonly the case with fibromyalgia, affects the nervous and musculoskeletal systems.

Participants using infrared saunas four to seven times a week had a lot less C-reactive protein in their bloodstream than participants who used saunas one to three times a week. Researchers deduced that there is a positive correlation between the increased use of saunas as an alternative treatment for fibromyalgia and suggested another thorough check into the perks of saunas for reducing symptoms of fibromyalgia.

Do Chronic Fatigue Syndrome And Fibromyalgia Have The Same Pain Conditions?

Recently, a Japanese study reported that sauna therapy is an effective and alternative treatment for symptoms of chronic fatigue syndrome (CFS).

Nonetheless, all other symptoms of CFS and fibromyalgia are the same such as headaches, body pain/stiffness, issues sleeping, anxiety or depression, numbness in hands and feet.

The study comprised of participants suffering from chronic fatigue syndrome sitting in a sauna on a day-to-day basis for a month. All participants remarked on a massive improvement of symptoms such as fatigue, insomnia, and pain, which implies to researchers that heat therapy proves to be an up-and-coming treatment for fibromyalgia and CFS symptoms.

Why Are Saunas So Powerful At Treatment Fibromyalgia?

When the body is exposed to sauna heat, it increases the skin temperature to the “hot pain” threshold, which is a safety mechanism that prohibits you from letting intense heat to continue harming your body. Elevating skin temperature to this point boosts the activity of the sympathetic nervous system, sub-system of the central nervous system compromised in acting in response to external and internal stress.

Sitting in a full spectrum infrared sauna and activating your sympathetic nervous system with therapeutic heat, allows the system to react by releasing several pain-relieving, mood-elevating hormones, for example, epinephrine, beta-endorphins, and serotonin.

A study published by the European Journal of Applied Physiology revealed the ability of beta-endorphins to lessen systemic pain triggered by inflammation. The body’s pituitary gland releases B-endorphins and their main function is to be conveyors of messages amid nerve cells. Individuals who are suffering from chronic pain have higher than usual levels of B-endorphins in their blood, a natural reaction by the body to excruciating or chronic pain. As a matter of fact, all types of endorphins imitate the effects of morphine, to some degree, by targeting opiate receptors in the brain.

Doing vigorous activities such as running or jogging also dispenses huge quantities of B-endorphins into your body. Normally, athletes remark about the “runner’s high” they experience after an intense workout, which is the body responding to rapid breathing and muscle stress caused by lowered supplies of glycogen. When that pain threshold is attained, B-endorphins begin filling the bloodstream, which makes the athlete feel pain-free, energized, and a little ecstatic. This identical “runner’s high” is experienced by fibromyalgia sufferers when they use infrared sauna bathing as an alternative and holistic treatment for fibromyalgia.

All of these studies as well as online infrared sauna reviews point to a positive future for fibromyalgia and chronic fatigue syndrome sufferers. Using an infrared sauna can help these individuals deal with their pain without using medications that could cause more harm and side effects on their bodies. Also, most of these medications only provide temporary relief from the symptoms, whereas infrared saunas can give more long term relief when used regularly without unnecessary side effects.

10 Tips For Quick Recovery After Exercise

Rest and recovery are essential parts of any exercise routine. …

Use A Far Infrared Sauna For Muscle Maintenance

Many of us like to have the freedom to move …

Get Health Benefits From An Infrared Sauna For Sale

As people age, they start looking for ways to improve …

If you are too lazy to go to the gym …

Hit enter to search or ESC to close